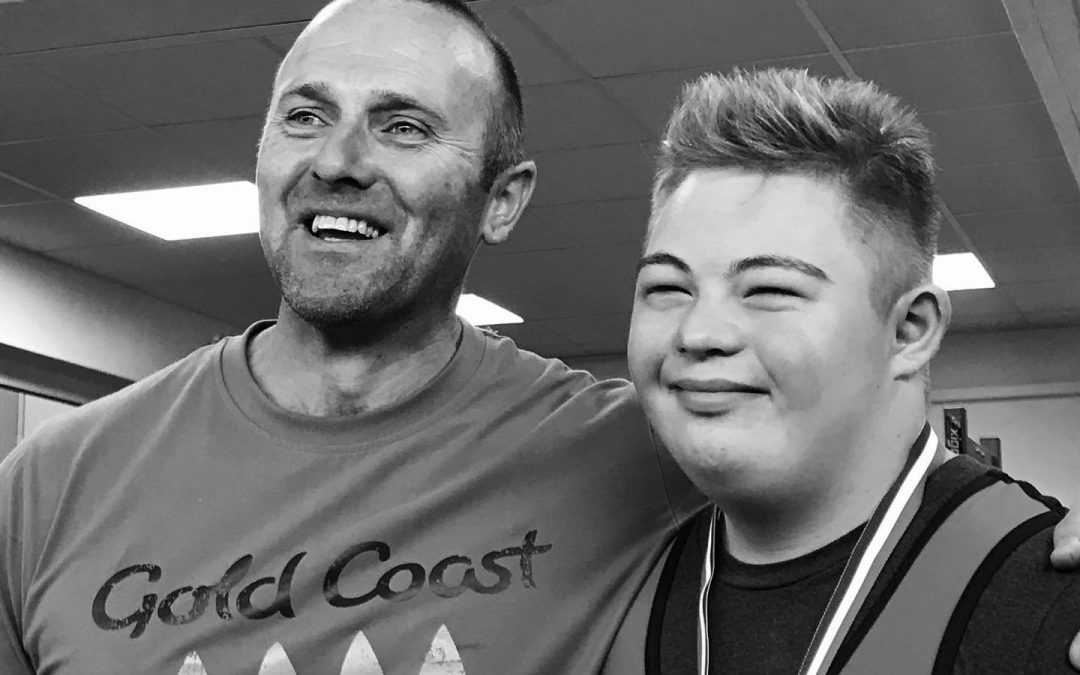 Some of our junior members have been nominated for the 2019 Sports Awards.

Bleddyn is a pupil at Portfield special school and has been training at Strength Academy Wales (SAW) for about a year now. He is an extremely valued member of our club and trains with his peers during our inclusive Junior strength sessions. For his age (15) Bleddyn’s strength levels are exceptional. Bleddyn has competed in two competitions this year. He teamed up with his Dad, Steffan Gibbs to make a paired team at the Pembrokeshire Strength Festival, an inclusive and multi-generation event with over 60 teams competing and organised right here in the heart of Pembrokeshire raising funds for a referral to health and wellbeing programme held at SAW. Bleddyn’s lifting was fantastic, he demonstrated outstanding technique and competed in both the deadlift and squat. Bleddyn won the most improved junior athlete at this event which was attended by teams from all over the UK.

Bleddyn has also competed in a regional Special Olympic and unified event again organised here in Pembrokeshire, winning his category in all three disciplines, Squat, Bench and Deadlift.

Lotty is a year 11 pupil at Haverfordwest High VC, she began weightlifting just over a year ago. Lotty is supported in training by the volunteer coaches and also by other weightlifters in the club. Over the past year we have seen Lotty progress through our sport after transferring from high level swimming. Lotty is a valued junior member of the club with bags of potential.

Lotty has made impressive performances over the last year. Including County champion, Welsh champion, Silver medal in the British Championships. At the recent British event, there was an exceptional standard of well-established athletes, where Lotty’s performance even surpassed those from the higher age groups. Lotty already holds a host of Welsh Age Group records.

Her rapid success and talent was noticed by the National Governing Body and she competed for Wales in an international event in Ireland, the Celtic Championships. Lotty performs extremely well in competitions demonstrating great determination and composure, she has made a fantastic impression with the Welsh coaching staff.  Lotty’s next International will be held Budapest through the early part of next year.

Dan is one of our youngest members (aged 14) and he has had a fantastic year. In the tail end of 2018 Dan represented his school HHVC in the Pembrokeshire Schools Weightlifting Championships, which took place at Ysgol Milford Haven, where he made Personal Bests and a 1st place position.

Dan has worked extremely hard over the year, competing in a number of competitions both National Qualifiers and the Welsh Age Group Championships. The highlight of Dan’s competitive year took place this September at Birmingham, the British championships. He was due to compete against two English athletes who had previously posted high competition results. On paper it was likely that Dan would reach 3rd place in this pinnacle event of the year. Through the warm-up Dan was exceptionally focused and the weights lifted looked very comfortable. Dan was able to open on his previous personal bests with two lifts remaining at each discipline and gained even further personal bests with his last lifts. Dan stayed focused and determined, even though the competition was very close and a large audience were supporting. Dan was successful in all 6 lifts in the competition arena and managed to move up positions and overtake his main two rivals to gain huge personal bests and to be awarded British Champion. Dan also broke Welsh and British records in the event. 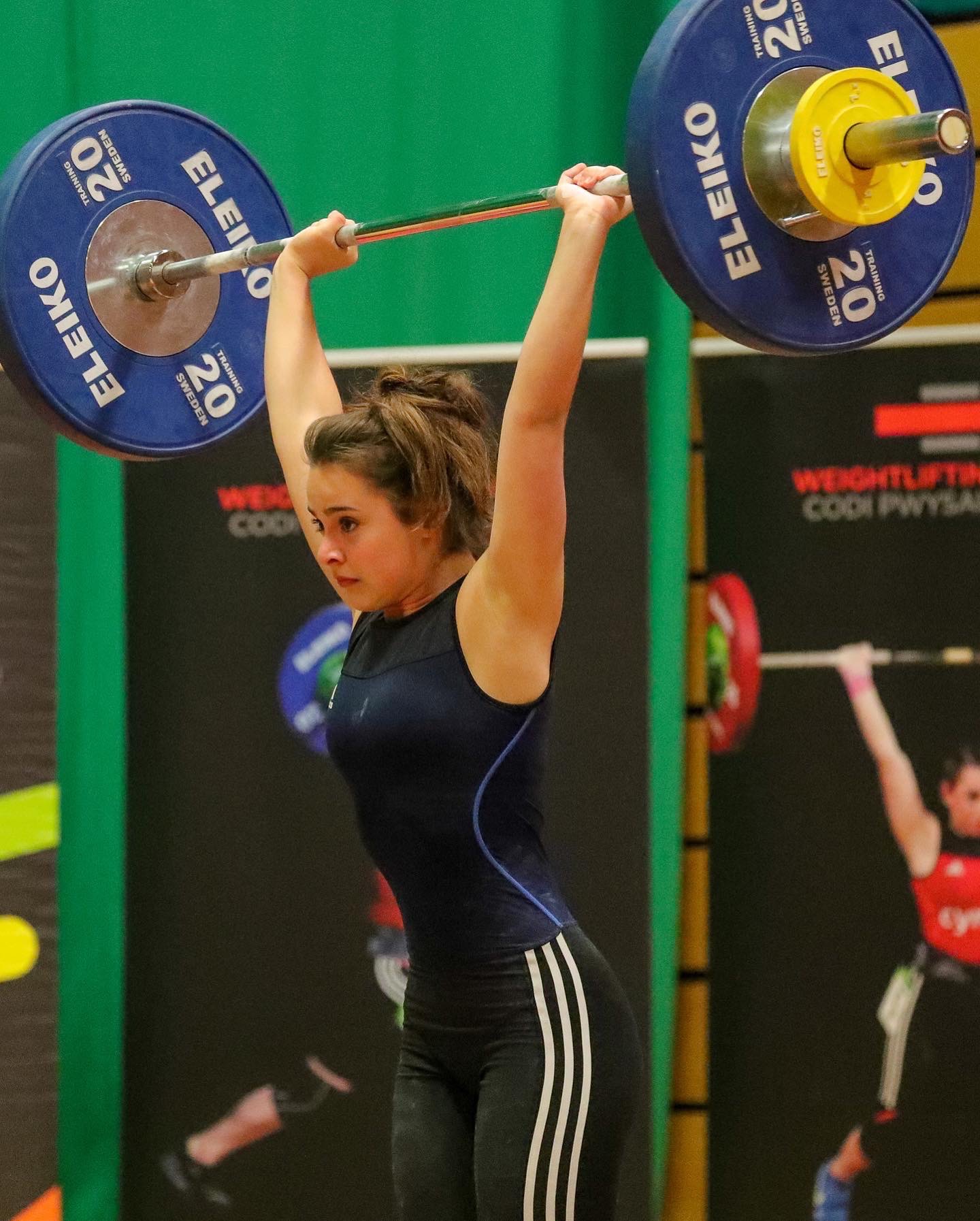 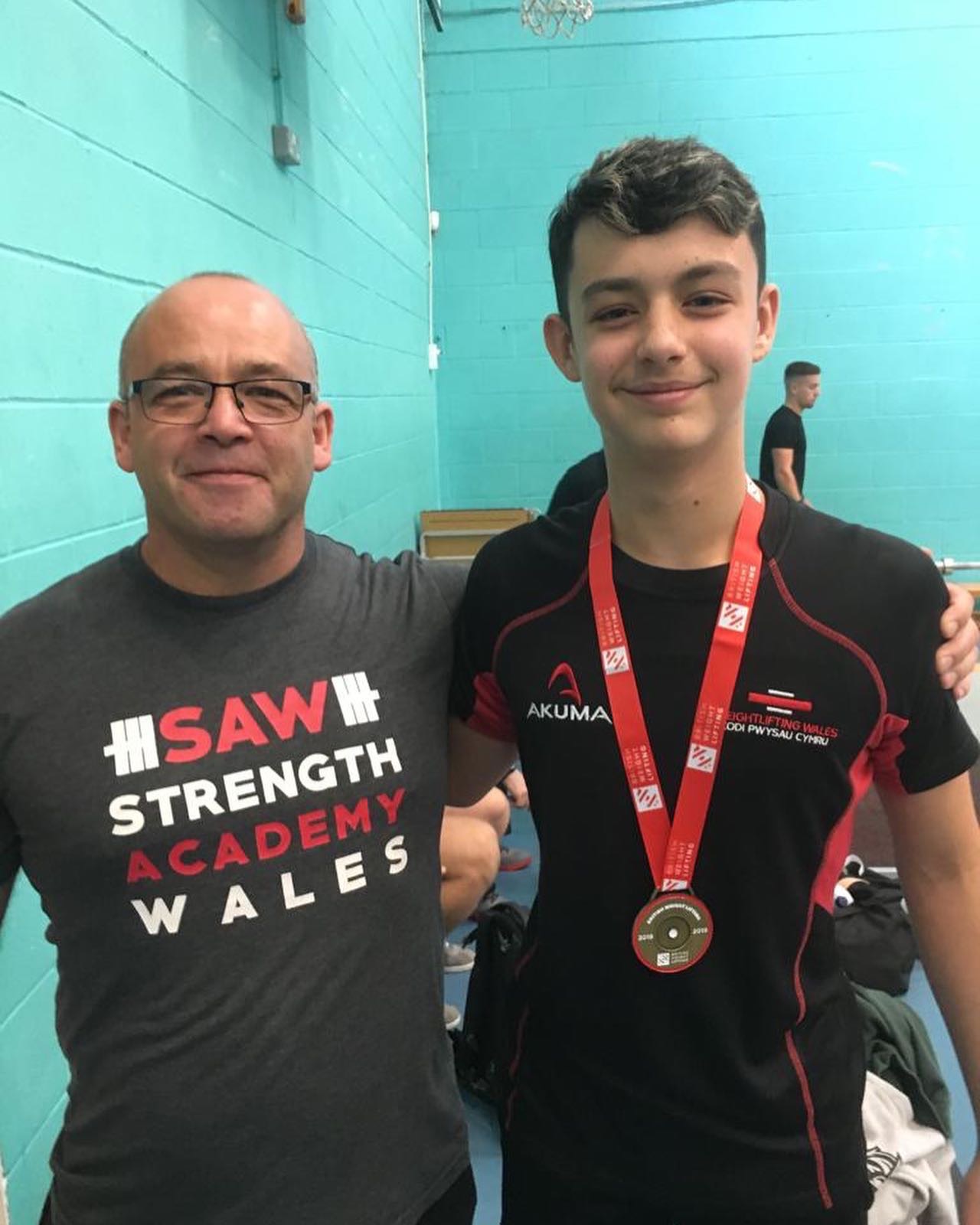 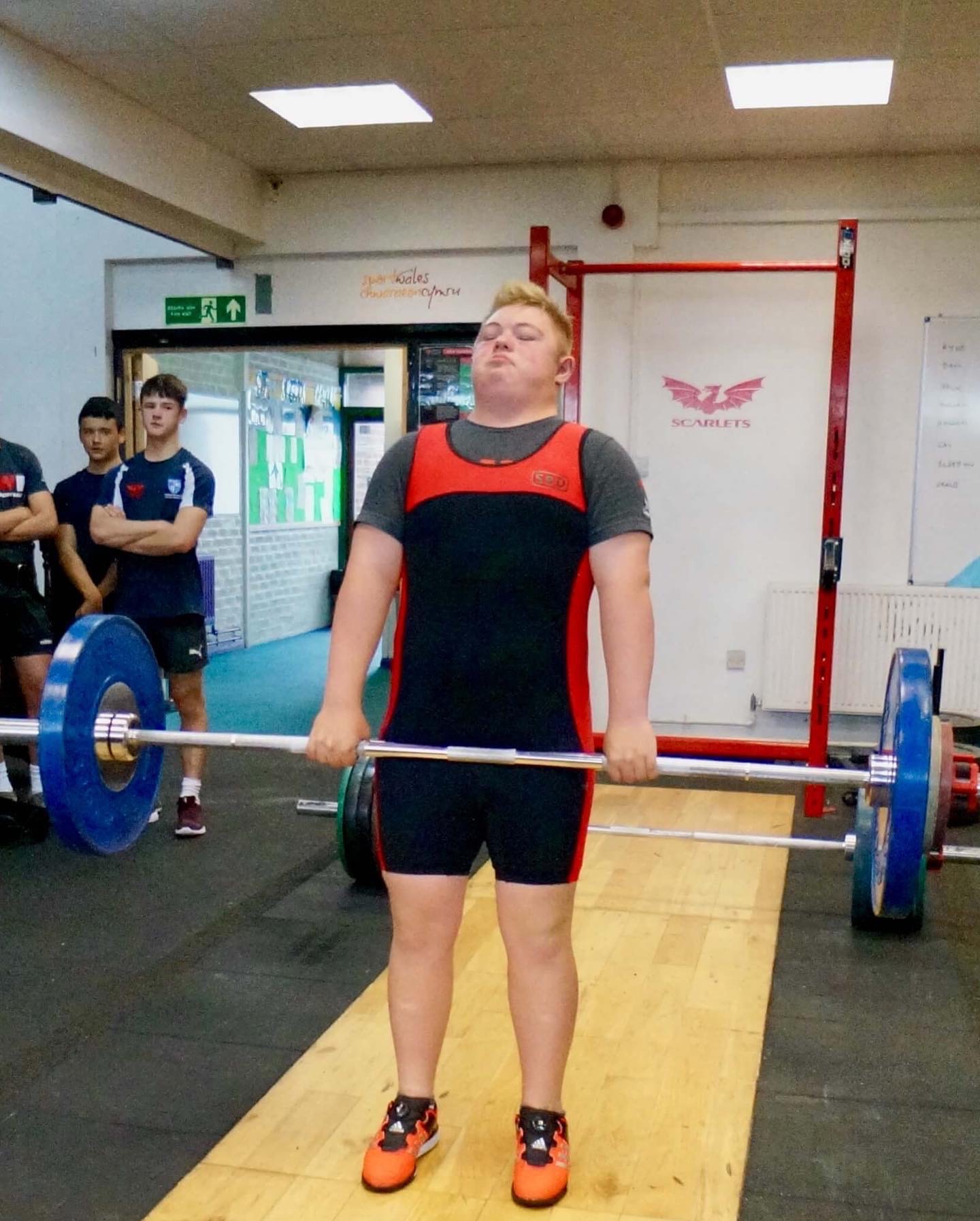 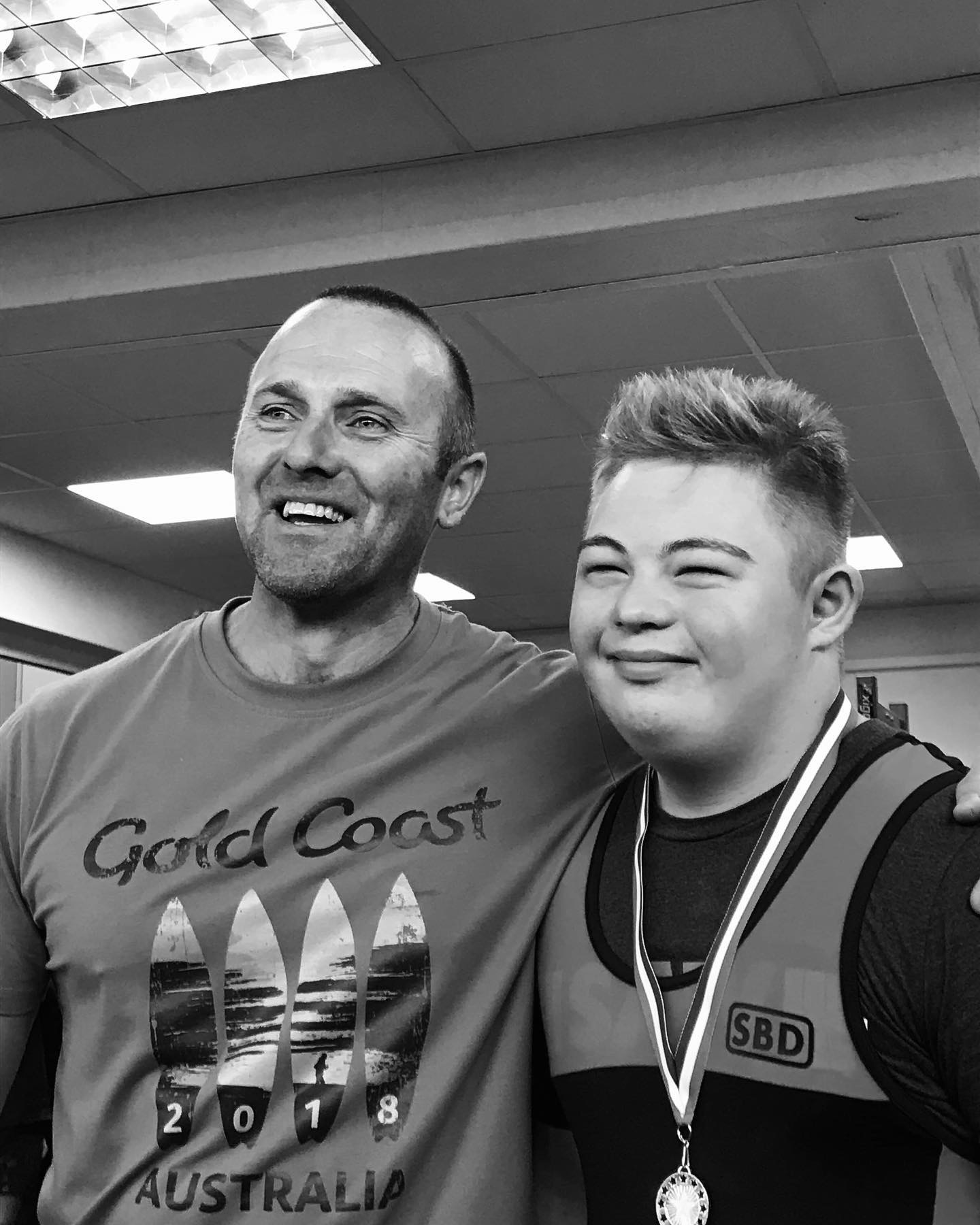