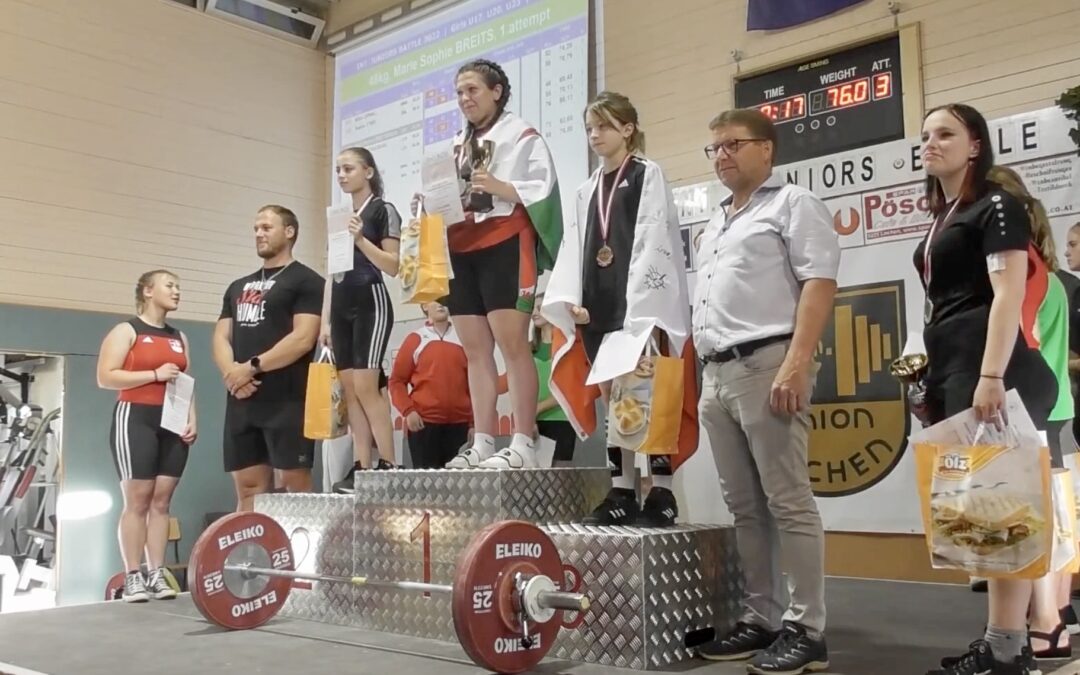 Medals for Pembrokeshire Weightlifters at the Junior Battle, Austria

Grace Morris u15 and Dan Davies u17, have been a part of the Welsh development team who have competed in Austria at the Junior Battle.

Grace performance was outstanding gaining personal bests in both lifts, Snatch 58kg, Clean and Jerk 80kg. This was enough to gain a higher Sinclair score to the other athletes in her class to win the gold medal.

The event was held over two days and on the second day it was Dan Davies turn to compete for his Country. 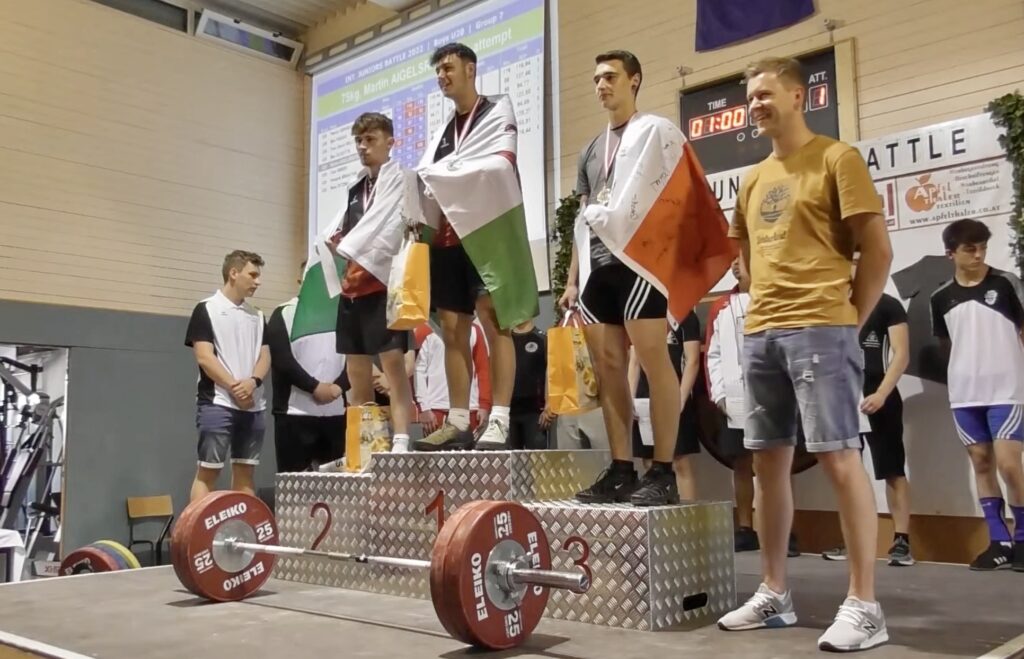 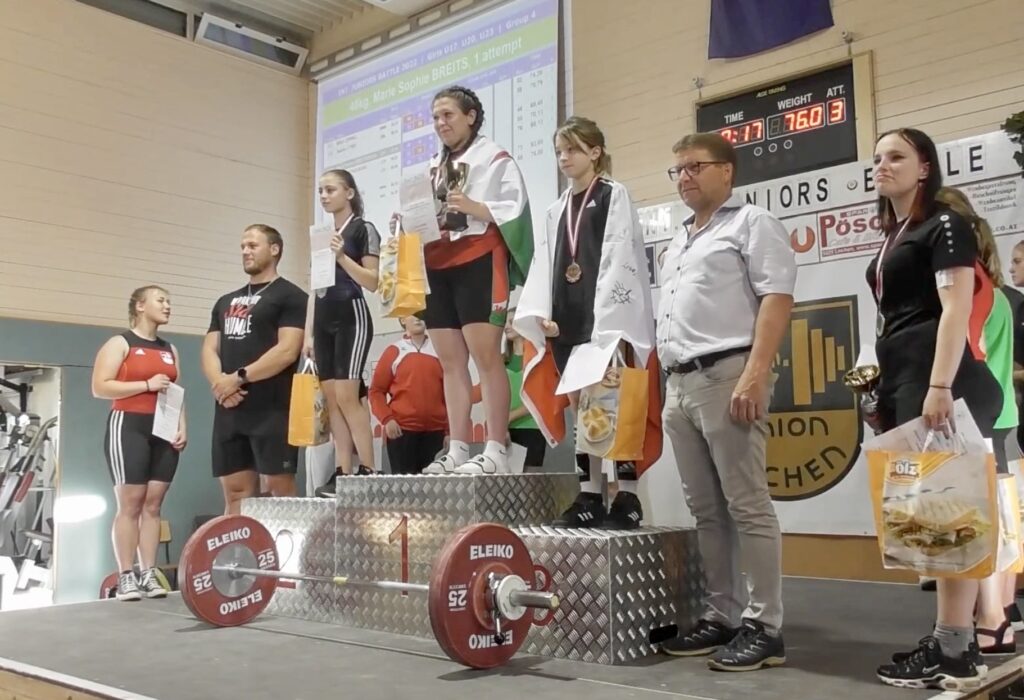